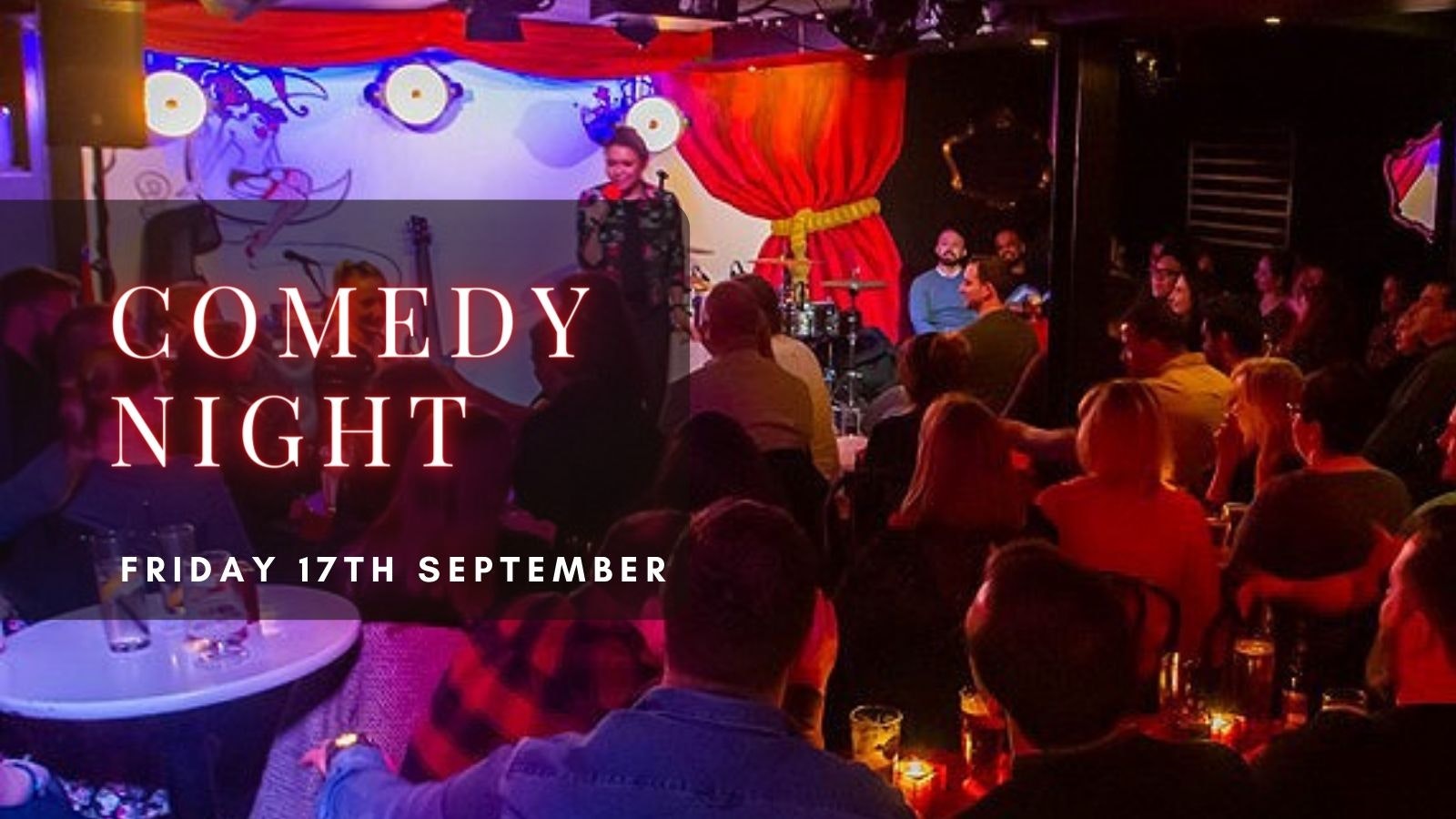 Three top comedians will be taking to the Annabel’s stage for a night of laughs, cocktails and fun!
The show will be followed by live music from Horses With No Name!
————-
Doors: 7.30pm
Show starts: 8.30pm promptly
We encourage early arrival between 7.30pm-8pm to ensure everyone is served and seated for 8.30pm.
————-
Tickets: £10 in advance (+ £1 Booking Fee)
THE LINE UP:

Andy White is an energetic, confident and silly Brummie who combines numerous voices and a mad afro to devastating comedic effect. Andy combines observational and topical humour with his mixed-race background to create clever, cheeky or just plain silly comedy.

He has that unique ability to say naughty things but win you over with charm and an endearing grin.

Andy has numerous media appearances, including the BBC New Comedy Awards on BBC Choice, Brand Spanking New on BBC Radio 7 and his winning performance on the Weakest Link comedian’s special!

“The laughs turned into applause many times” – BBC

Originating from rural Cambridgeshire, Jack now lives in Leicester and gigs all over the country. Winner of English Comedian of the Year 2014, Jack has even performed in Australia, Germany, Finland, Latvia and Estonia. Jack has always loved stand-up comedy and began performing whilst at De Montfort University, Leicester in 2009.

“Funny and refreshingly inventive” – House of Stand Up

With 23 letters and a hyphen, Christian Russell-Pollock is technically one of the biggest names in comedy.

Lauded as “a stand out stand up” by Taking the Mic, Christian is an award winning performer who has been entertaining audiences across the country since his debut in 2016.

Since then, his friendly, affable nature combined with his carefully crafted brand of incisive jokes and witty stories has seen him become a firm crowd favourite.

He’s won the Ha-Hart Comedy Awards (2019), was overall runner up for Stand Up For Cider (2019), and was tour support for Simon Evans and Lost Voice Guy.

“An act definitely worth keeping your eye on” – SoapBox Culture

“Christian is one of the most exciting comics to emerge in a long time. Highly recommended.” – TV’s Mark Dolan