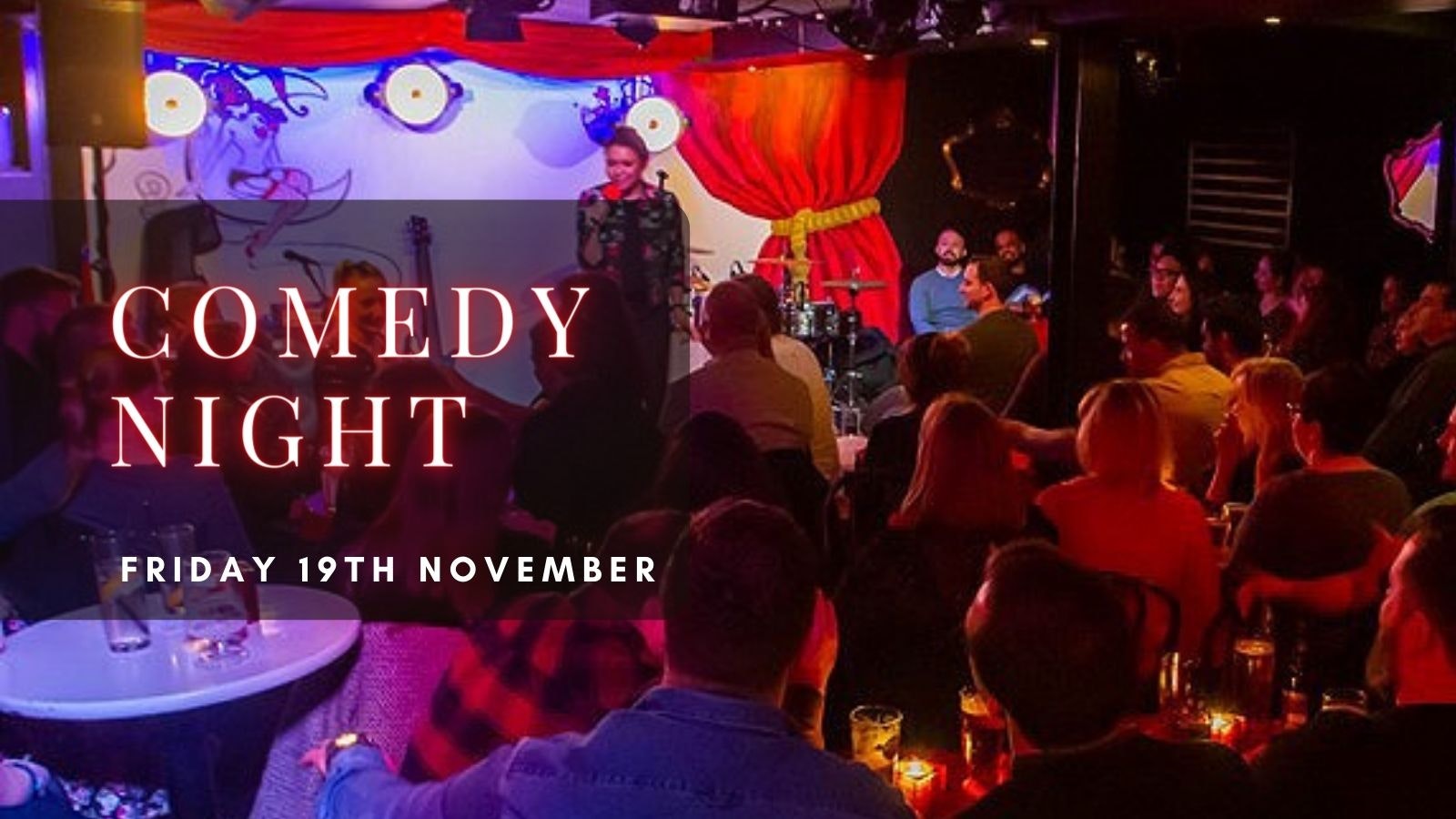 Three top comedians will be taking to the Annabel’s stage for a night of laughs, cocktails and fun!

If you want serious comedy David Tsonos is not your man.

With his friendly and confident persona, he intrigues everyone with his combination of banter and impulsive comments.

His comedy stems from being the youngest of five boys, babysitting his nephews and his cat. He has appeared at the Vancouver Comedy Festival and can be heard on Satellite radio.

David started off in Canada and, since making the UK his home, he has performed in over 15 countries.

“Very confident and had the crowd roaring. Good face and voice for comedy, great timing.” – The Stand

“David Tsonos was outstanding, he dealt so well with the audience and really engaged them.” – Barrel Of Laughs Comedy Club

Daniel FitzHenry – or Fitz as he is affectionately known – first took to the comedy stage in 2011 and has since appeared at numerous comedy clubs, festivals and corporate events, including as official tour support for Canadian one liner king Stewart Francis.

With a natural stage presence and a genuine desire to make people laugh, he has the ability to charm any crowd.

“Did a BRILLIANT job!” – Stewart Francis

“A great new talent who’s interaction with the audience is flawless. Sharp, witty and charming and very bookable” – Scallywags Comedy

“A natural storyteller whose gift of interaction and winning over audiences shines through, disarming the coldest of hearts.” – Submarine Comedy

With 23 letters and a hyphen, Christian Russell-Pollock is technically one of the biggest names in comedy.

Lauded as “a stand out stand up” by Taking the Mic, Christian is an award winning performer who has been entertaining audiences across the country since his debut in 2016.

Since then, his friendly, affable nature combined with his carefully crafted brand of incisive jokes and witty stories has seen him become a firm crowd favourite.

He’s won the Ha-Hart Comedy Awards (2019), was overall runner up for Stand Up For Cider (2019), and was tour support for Simon Evans and Lost Voice Guy.

“An act definitely worth keeping your eye on” – SoapBox Culture

“Christian is one of the most exciting comics to emerge in a long time. Highly recommended.”  – TV’s Mark Dolan